This is a journal, in printed and electronic format, published annually by the Foro Jovellanos Foundation of the Principality of Asturias. Before No. 7 (2013) it was called Cuadernos de Investigación, and its first issue was published in 2007, with original academic articles, written in Spanish or English, on topics related to the life and work of Gaspar Melchor de Jovellanos (1744-1811), his economic, pedagogical, political, historical and legal theories, as well as the historical and sociocultural aspects of Spain and the world of the late eighteenth and early nineteenth centuries. It is especially aimed at specialists in the History of Modern Spain, Spanish, European and Comparative Literature, students and scholars, and all those who show interest in the different aspects related to the life and work of Jovellanos and the context of the 18th and 19th centuries and their relevance nowadays.

The deadline for receipt of proposals for number 15 (2021) of Cuadernos Jovellanistas. From Enlightenment to Modernity has been extended until May 31, 2021. More info. 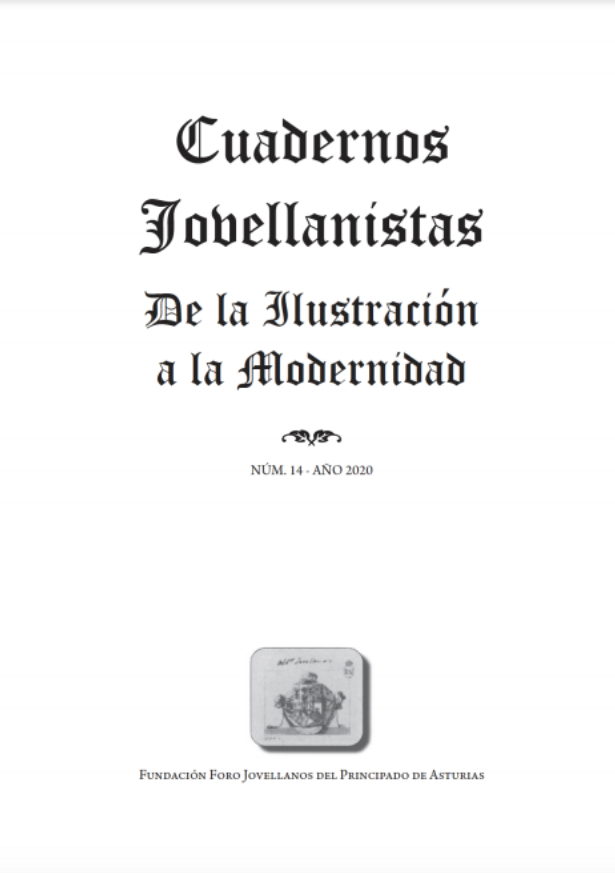 Information about the journal